So here we are well into September and only a few weeks away from lifting the boat onto the hard for a winter layover, first time she will spend the winter out of the water for six years. 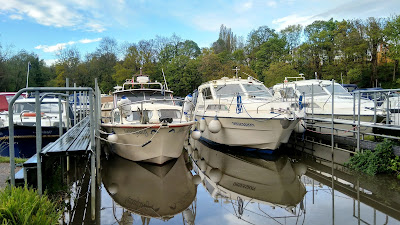 The year didn't quite turn out as planned but non the less we have had a good time and put more cruising time in than the year before (2020). Having the boat so close at hand and back in Allington we have been able to spend a considerable amount of time just being on her and carrying out all sorts of refurbishments and improvements to her greater good, a view of the maintenance logs will detail that in greater depth than here. The coming winter months will hopefully see the complete replacement of sound proofing and fire retarding of the engine bays, a major service of both engines, replacement of oils and raw water impellers and general repairs or improvements to the interior and exterior hull.

Another advantage of being back in Allington is the social side of cruising and we have been able to chat again to old friends and made a few new ones. Being able to hold a couple of social events under the old A.M.C.C (Allington Motor Cruiser Club) banner has been fun and hopefully next year we will be able to increase the number and scale of social events in the marina. 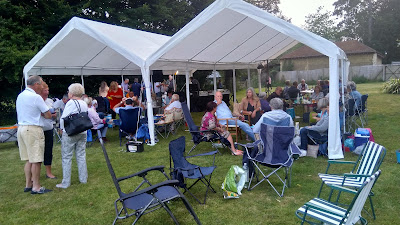 I suppose we can't write a year end review without mentioning Co-vid 19 as it's something that has dominated all our lives for so long now. What I am pleased to say is what little effect it has on the life revolving around the marina and the people in it. Life seems to have pretty much continued as always, with obviously people keeping their distance and using commonsense in all situations. With the easing of some of the restrictions placed on us in July it was then that we were able to hold the first social event in the marina. The number of people that supported the event, the fact that it ran on until well after midnight and the feed back indicated just how much people needed to let their hair down!

We managed to get quite a few short cruises in as well as a couple of longer ones and next year we hope to continue to increase our cruising time and go further afield, a few tidal weekends would be nice and maybe a couple of flotilla cruises with the marina. 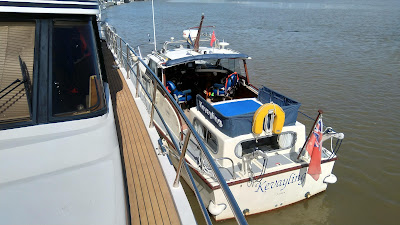 Our daughter and son-in-law didn't join us at Allington, which was planned at the beginning of the season, as they decided to sell their boat. With the constant stream of visitors to the boat over the season, with the insuring river trips, it has still been a full on, fun year. 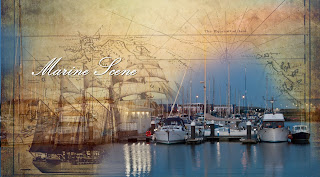 The benefits of using this neat little application, which runs on a mobile phone and tablet, is that it records automatic log entries at specified times which contain performance, location and weather data. The settings on the app make it usable for all manner of boating, sail or motor. Different export formats are offered to enable you to use the data or just leave it on the app.

I have already managed to link the app with our on-line log book so beta testing will continue until the end of the boating season in various different log formats. Check it out below.

App can be found here https://watchandnavy.com